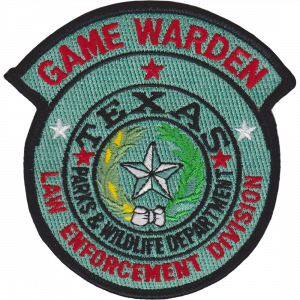 Mike was born on October 12,1955 in Oregon to Edgar Curtis Walker Sr. and Rosemary Maxwell Walker and passed away in Longview, Texas on August 23, 2021, surrounded by his loving family.

Mike graduated from Marshall High School in 1974.  Once Mike graduated from Marshall, he attended Sam Houston State University in Huntsville, Texas earning a degree in criminal justice. Once completed at Sam Houston State University Mike followed his father’s footsteps by attending the Texas Game Warden Academy becoming a Texas Game Warden serving in Chambers County before serving Marion County and retiring after 25 years. He had a great love for the outdoors including fishing and hunting which he enjoyed sharing those times with his family and his friends.

Mike was a devoted husband, dad, and his favorite title was “Pop”.  He loved his family something fierce!  He worked as a Texas State Game Warden until he retired in 2003, making all the time for his favorite hobbies. He thoroughly enjoyed hunting & fishing, and he loved that boat of his! He loved to “slave over a hot stove” all Sunday long making gumbo, fried fish, or grilled chicken for family dinner. Mike would give the shirt off his back to a complete stranger and would never ask for a thing in return. They don’t make many like “Pop”, and he will be deeply missed by his family, friends, and all who were blessed enough to know him.

Mr. Walker was preceded in death by his parents; uncle, Robert (Bob) Hopkins Walker, Captain in the US Air Force who was killed in the Korean Conflict; and Uncle Jon Maxwell.

In lieu of flowers please make donations to one of the following:

To send flowers to the family or plant a tree in memory of Michael Luther Walker, please visit our floral store.

A Memorial Tree was planted for Michael

Join in honoring their life - plant a memorial tree

You can still show your support by sending flowers directly to the family, or by planting a memorial tree in the memory of Michael Luther Walker
© 2022 Haggard Funeral Home. All Rights Reserved. Funeral Home website by CFS & TA | Terms of Use | Privacy Policy | Accessibility