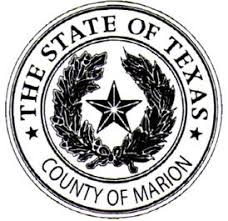 David was born May 7, 1954, in Wynnewood, Oklahoma to J.C. “Sonny” McKnight and Lawana Gayle Russell McKnight and passed away at his home on February 19, 2022.  After graduating from McLeod High School, he enlisted in the U.S. Navy where he honorably served for 4 years.  After his discharge from the Navy, he went to work for Lodi Drilling, which is a company that he and his family owned and operated for many years.  When Lodi Drilling was sold David attended the East Texas Policy Academy where he became a commissioned Texas Peace Officer.  From the time he graduated from the Police Academy, David worked in this field and finished out his career at the Marion County Sheriff’s office which included being elected as Sherriff in 2012 and serving in that capacity until his retirement in 2020.

He was a member of the Texas Master Peace Officer’s, Jim’s Bayou Masonic Lodge, life member of Jefferson Masonic Lodge as a 32°Scottish Rite Shriner, Good Exchange Baptist Church, and a longtime member of the Smithland Volunteer Fire Department.   He enjoyed hunting, fishing, raising cattle, and spending time with family and friends.

Preceding Mr. McKnight in death were his parents and brothers, Charles McKnight, and Joe McKnight.

The family would like to give special thanks to PrimeCare Home Health and PrimeCare Hospice for their compassionate care of David.

To send flowers to the family or plant a tree in memory of Morgan "David" McKnight, please visit our floral store.

You can still show your support by sending flowers directly to the family, or by planting a memorial tree in the memory of Morgan "David" McKnight
Share a memory
© 2022 Haggard Funeral Home. All Rights Reserved. Funeral Home website by CFS & TA | Terms of Use | Privacy Policy | Accessibility